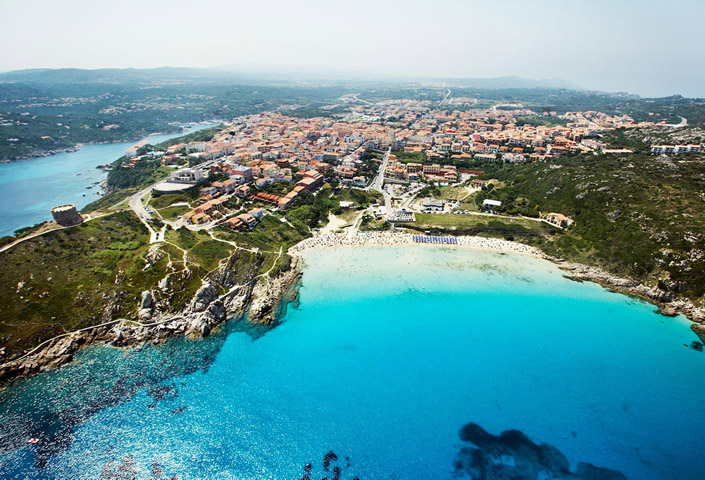 The Beach and the Sea

The blue flag in Santa Teresa di Gallura is a symbol of the green soul of the town in touch with the beautiful nature surrounding it.

The beach of Rena Bianca has won the banner of the Foundation for Environmental Education, an international seal of quality water and services on the sand.
Santa Teresa has achieved this award for the 22nd year in a row..
The criteria on which they are must adhere to for the blue flags are strict: there are over 28 assessment teams that respond to the central committee of the FEE. It is not enough, however, for the crystal clear water alone to get the blue flag. There are other requirements that Santa Teresa followed scrupulously. Some of these are the quality of bathing facilities, safety on the waves and the sand and the removal of architectural barriers. Rena Bianca is 300 meters of silver sand and a super beach equipped with public toilets and showers, parking and kiosks. (2009)

Beaches in Santa Teresa di Gallura and the surroundings

The town of Santa Teresa di Gallura enjoys the proximity of the fabulous beach of Rena Bianca, for years rewarded with the blue flag of recognition, the only one in all of Sardinia in 2008 together with the Maddelena in 2009, overlooking the cliffs of Candida, Corsica

Further along just a short distance there are other beaches and coves, each more beautiful than the other.
Among the most representative : 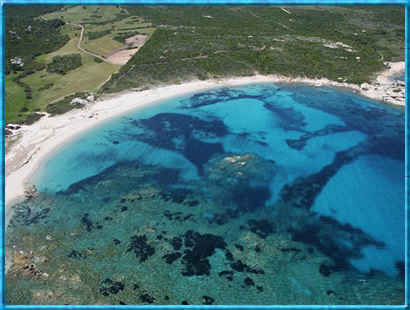 The coastline is made up of tiny grains of granite from which sprout huge boulders smoothed by the wind. The view stretches to Punta Sardinia and La Maddalena in the background. 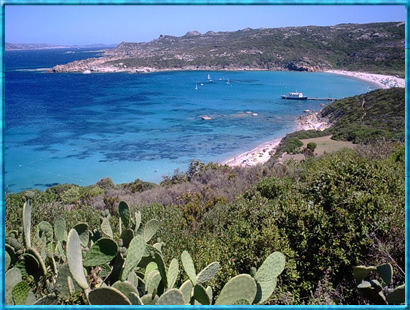 A great white sand beach with rocky coves and the Mediterranean. The area is the part of the northern coast of Sardinia and offers the incomparable scenery of La Maddalena archipelago. There are two beaches: the largest one is home to the prestigious Club Mediterranè as well as a film set for many Italian directors (Antonioni). The Grecale wind blows through from north-east highly sought after by surfers. 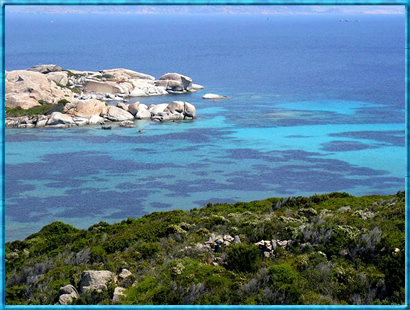 To the left of the long beach of La Marmorata of Santa Teresa di Gallura, a path leads in for a 20 minute walk to the first rocks of Punta Falcone, also accessible through the town of La Ficaccia along a dirt road however it is slightly more difficult. Punta Falcone provides a unique landscape with a solitary cliff to the north of Sardinia very close to Corsica. Here is the home of large colony of seagulls and great forms of granite that rise from the water. 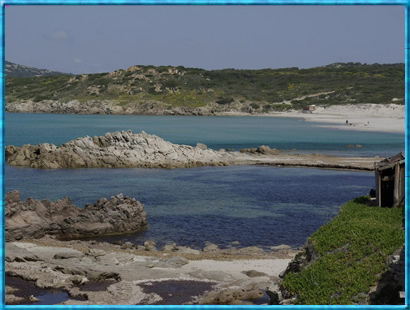 It is located in the bay of Cala Vall'Alta, halfway between Santa Teresa and Vignola. It is a beautiful beach that stretches for about a mile near the mouth of the Rio Cantaru. It consists of white sand beaches where the strength of the wind and sea slowly pushed them inward, forming an expanse of sand and dunes that represents the background scenery of the beach, along the Mediterranean. Behind this, surrounded by a thick pine forest is the tourist center of residential Rena Majore. The beach is the destination of surfers who like to ride the mistral waves. 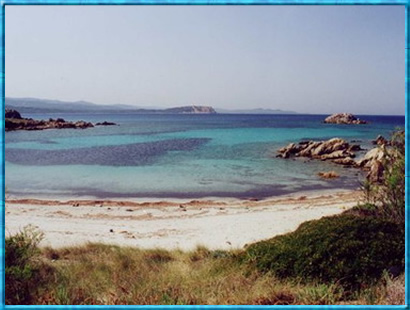 The Pultiddolu Lu beach is a very quiet, small and sunny bay full of lush Mediterranean vegetation. The coastline is soft white sand, bathed by a beautiful turquoise sea, transparent and crystal clear with beautiful rocks of different shapes and sizes that emerge from its waters. 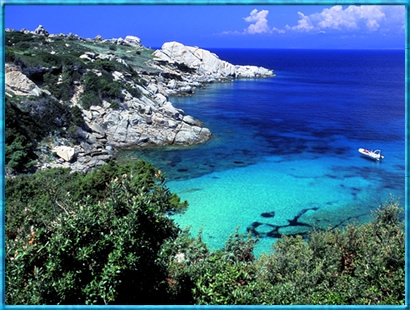 A sandy coastline with rocky coves and the Mediterranean. This beach is also known as the "Taltana" it has clear water, while the beach is made of amazingly fine white sand. The winds are formed with light breezes from the south-west and west but is completely sheltered from the north winds (Tramontana), Northeast (Grecale), east (Levante) and southeast (Scirocco). The beach is surrounded by pine trees. 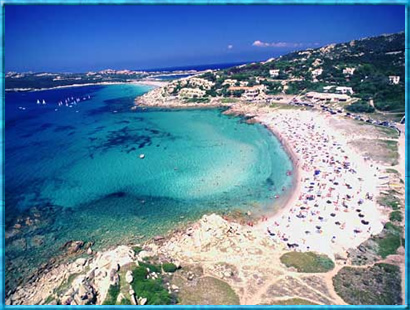 Sandy beach with rocky coves and the Mediterranean. The prevailing wind is from the West however protected against the eastern "Levante" wind.
The crystal clear waters and rich cliffs that surround the bay itself mean that this is a favorite place for divers. Whilst walking along the shore it is easy to find beautiful shells with shades of pearl called "Eyes of Saint Lucia" in the sand.

On the narrow isthmus that joins the rest of Capo Testa, Sardinia, on your right you can see the beautiful beach of Rena East. Composed for the first part of a flat reef, which follows the Capicciolu beach, also known as the "Granite" due to the large number of perfectly smooth and polished rocks that surround the beach, it is home to the remains of ancient Roman columns. It is sheltered from all winds except that of the north, however these are very rare in the Summer.